In his interview with Charlie Rose, President Obama is quoted saying:

…They’ll say … when you start looking at metadata, even if you don’t know the names, you can match it up … and you can yield all this information. All of that is true, except for the fact that for the government, under the program right now, to do that it would be illegal. We would not be allowed to do that.

Of course, telephone and internet metadata are useless to intelligence or law enforcement, that’s why their acquisitioncollection is (or, was) such a zealously guarded secret and why the reaction to their collection being made public was so ferocious. I mean, who wouldn’t be outraged at the revelation of a secret mass surveillance program of absolutely no intelligence value? 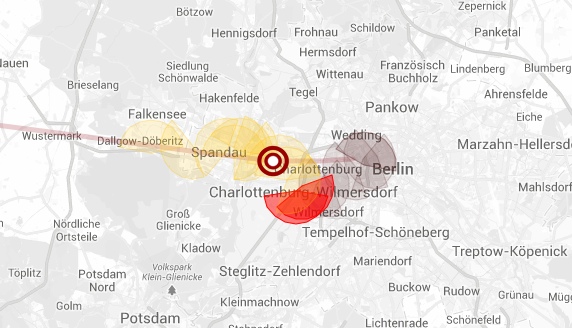 No useful information there at all. Your recurring travel habits, both everyday and out of the ordinary, are of no value, obviously. And that’s before you get to who and when you called and how long you talked.

And neither is your email metadata:

And it hardly matters that this information will be retained “not in perpetuity”. It wouldn’t be useful in the future, of course, even if the government has a reason to use it.

This is assuming — since Obama made the distinction between what is legal and what is illegal — everything about the program is legal. And we have no need to doubt that, do we?

I have created an eBook, in ePub format, of the United Nations’s Universal Declaration of Human Rights. Hopefully it can be useful as a reference to have handy. It includes both the full declaration as well as summaries of each of the articles.

On the Natural History of Destruction, by W G Sebald.

Very few writers could approach this book’s subject matter and deliver such a powerful, methodical damnation of a generation. W G Sebald asks a simple question in the first essay: how is it that the near-total destruction of Germany by allied bombing in World War II has been so completely ignored by the survivors, and particularly by German culture and writers?

Although he never calls it by this term, the core of Sebald’s anger is directed at the moral relativism that is used to justify evading the topic: German crimes during the war were so horrible (and they were) that the wanton destruction of the entire nation was justified. Sebald is angry that the experience of living through such atrocities was so thoroughly repressed by the survivors that the memory was not passed on the future generations. Instead there seems to have been a near-unanimous cultural suicide. Sebald describes growing up feeling as if a secret were being kept from him, like a part of his identity as a German was being denied. It was an Etch-A-Sketch end to the past, without context or meaning.

Although Sebald doesn’t really mention it (his critique is aimed directly at the German people), American and British writers have had the moral courage to broach the subject, and it has given us fantastic and disturbing books like Slaughterhouse-5. These help us to center our moral compasses; we can recoil in horror at the firebombing of Dresden (and Tokyo) while fully maintaining our outrage at the Holocaust. The morality of the atomic bombings of Hiroshima and Nagasaki is still a heated subject for debate today.

It is this that Sebald finds lacking in German culture, and, in the remaining essays, he singles out writers who contributed to this collective evasion. It is not, as one so often sees it referred to, amnesia. Sebald is quietly, methodically angry, and his prose has never been better than it is in these essays.

This relatively small book (as Critical Theory texts go) consists of aphorisms, written during Adorno’s exile from Naziism and his return to post-World War II Germany. This form is especially well-suited to Adorno’s critique of the paradoxes, illusions, and alienation that constitutes modern civilization — a critique centered on culture. Most disturbingly, Adorno, in many of these aphorisms, connects aspects of modern society to the rise of totalitarianism. He does this with an unrivaled lucidity and skill for distillation of complex notions and observation — an abilitiy to, as Orwell phrased it, face unpleasant facts.

I have been disapointed by the formatting of the Gutenberg edition of Ulysses for some time now. It lacks chapter breaks, so the only navigation points are the three parts of the book. It makes it hard to pick out a favorite episode to read. There is also inconsistent emphasis, capitalization, margins, spacing, etc.

Therefore, I have created an ePub 2/3 edition of Ulysses that reproduces, as closely as I can digitally, the textual formatting and layout of the Orchises Press facsimile of the original Shakespeare and Company edition. It can be downloaded here.

I set out to make the most software-agnostic edition I could, first creating an ePub 3 file as close to spec as I was able, then adding support for ePub 2 readers. The Calibre reader and the latest version of iBooks display the formatting more or less as intended. The latest version of the Nook software reader does a decent enough job but does not preserve uppercase capitalization. The only dedicated eReader I have access to is a first-generation Nook, and it is consistent with the Nook software reader. The file can be converted to Mobi, using Calibre, for reading on the Kindle. A quick test of the Kindle software reader is decent — there are some issues with indentation. I do not know how it would look on a Kindle.

Anyway, this is, as Ulysses has always been, a work in progress. It was not my intention to make any changes to the text, so any errors that existed in the already-digital text are still there. I hope my humble, hand-crafted effort brings some enjoyment this Bloomsday.